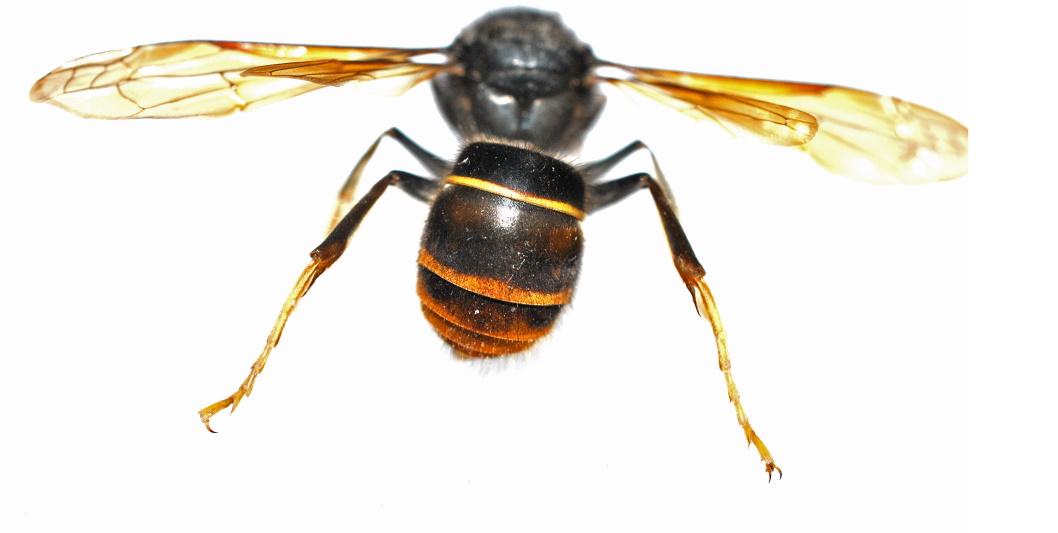 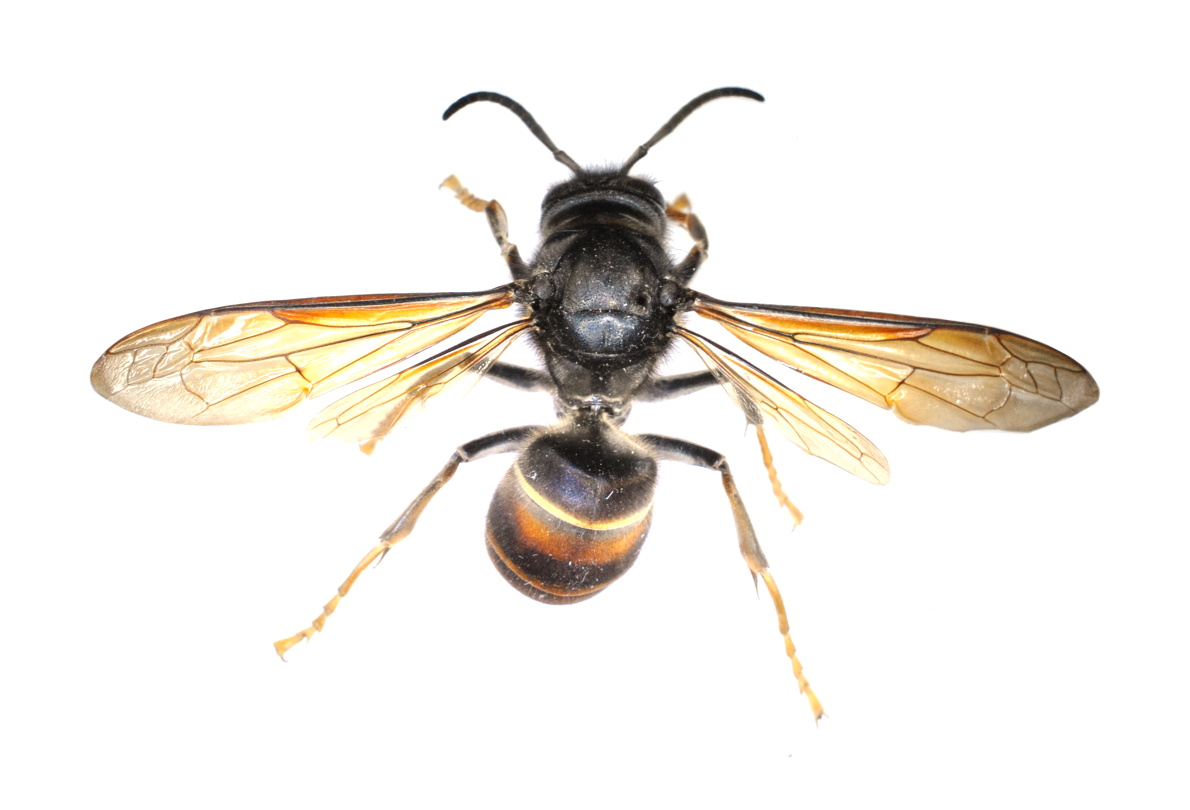 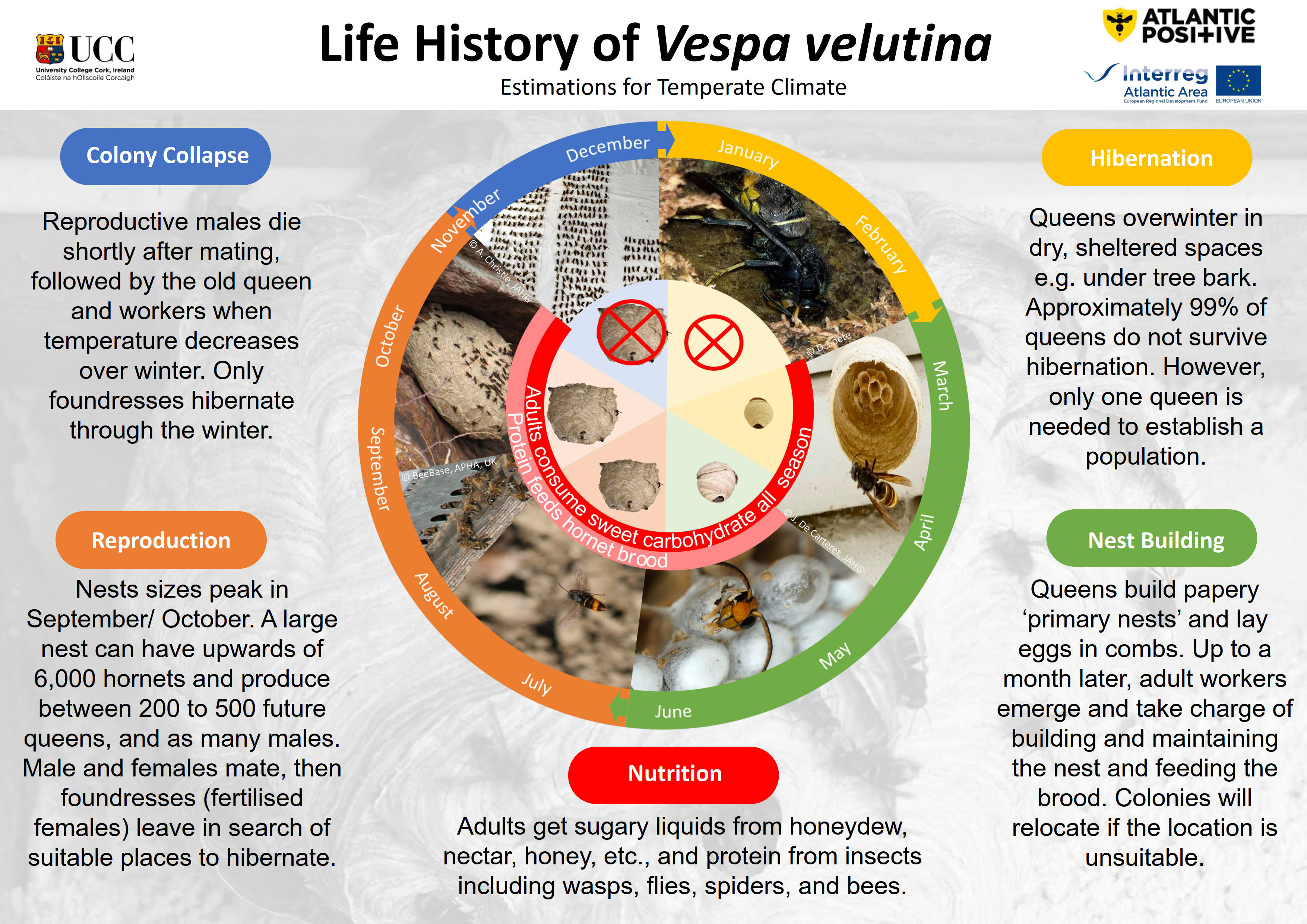 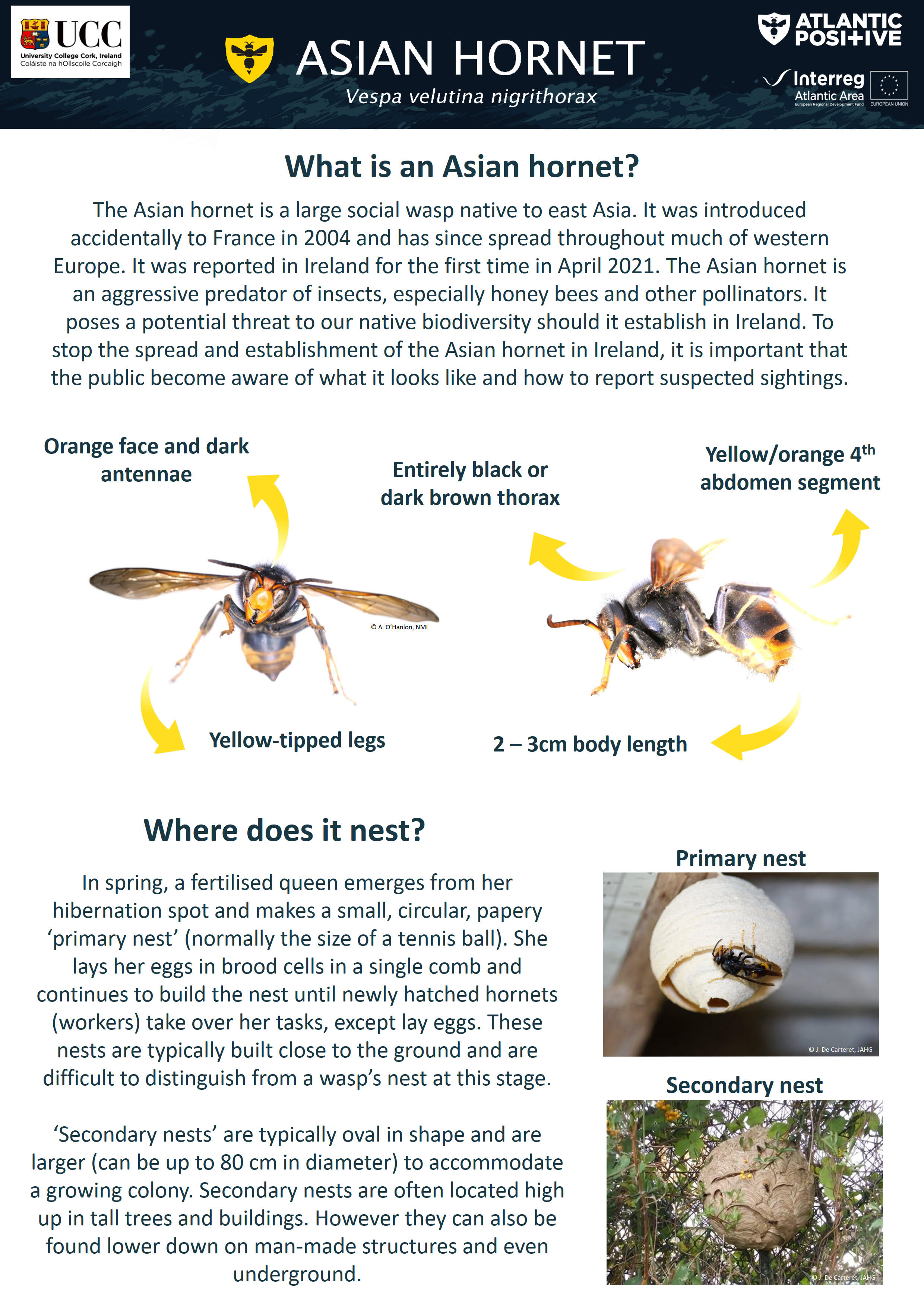 What is an Asian hornet fact sheet (image format) 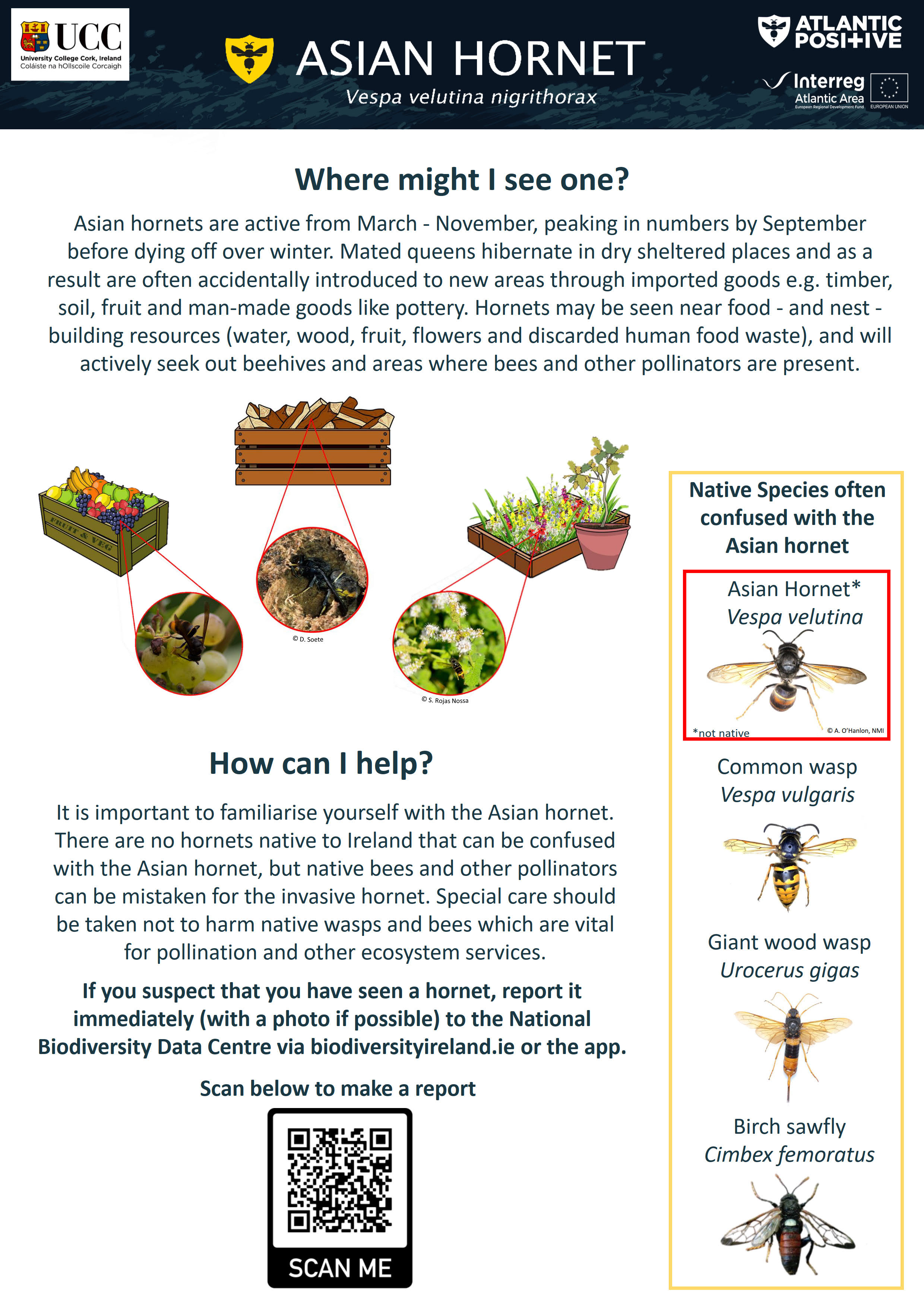 Asian hornet - How can I help? (image format)

Species Alert Issued by: the the National Biodiversity Data Centre on behalf of the National Parks and Wildlife Service (NPWS). Press release issued 7th of May 2021.

Reason for issue: to notify of the first verified sighting in Ireland of a single specimen of Asian hornet, a regulated Invasive Alien Species of Union concern.

Introduction status: Not present. One individual was found ‘alive but dying’ on 25th of April, 2021.

Is there a reference specimen?: Yes. The Asian hornet specimen was verified by Dr. A. O’Hanlon of the National Museum of Ireland as a female Asian hornet (Vespa velutina) colour form nigrithorax. The specimen will be retained in the museum collections.

This is the first verified sighting of an Asian hornet in Ireland and Northern Ireland. The single hornet was discovered in a home garage on the northside of Dublin. There is no indication of a nest in the vicinity and on the basis of the ongoing surveillance, there is no evidence that Asian hornet is established in Ireland at this time.

The circumstances of how the specimen arrived in the country are not known. There are many possible pathways of introduction particularly to urban areas near hubs and entry points with extensive regional, national and international connectivity. Given the recent weather patterns with cool northerly airflow that has persisted for the second half of April, it seems less likely to have been a natural dispersal from neighbouring regions.

With thanks to the recorder for notifying the National Biodiversity Data Centre of the sighting with photos and retaining the specimen for verification by Dr. A. O’Hanlon.

The Asian hornet is a predator of honeybees, wasps, other pollinators such as bumblebees, hoverflies and spiders, which it uses primarily to feed its larvae. These prey are important for pollination of crops as well as wild flora and disruptions to their populations may have serious impacts on biodiversity and pollination services. Honeybees are its main prey with potential consequences for the honey production sector. However, the potential of the Hornet to become invasive in Ireland is dependent on its successful establishment of colonies here.

Asian hornet will also sting people but in general, the sting is no worse than a sting from any bee or wasp in Ireland. The reaction experienced by people from their sting varies – as it does with wasp or bee stings – from most commonly a mild localized hive like throbbing swelling to more rarely, a severe reaction of anaphylaxis.

Identification features: Large hornet with a generally dark appearance with an orange face. Mistaken identity in Ireland with native species has occurred however, the following characteristics can help with identification: