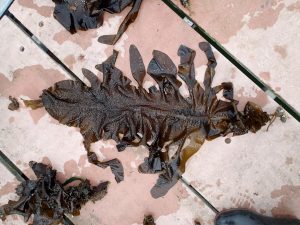 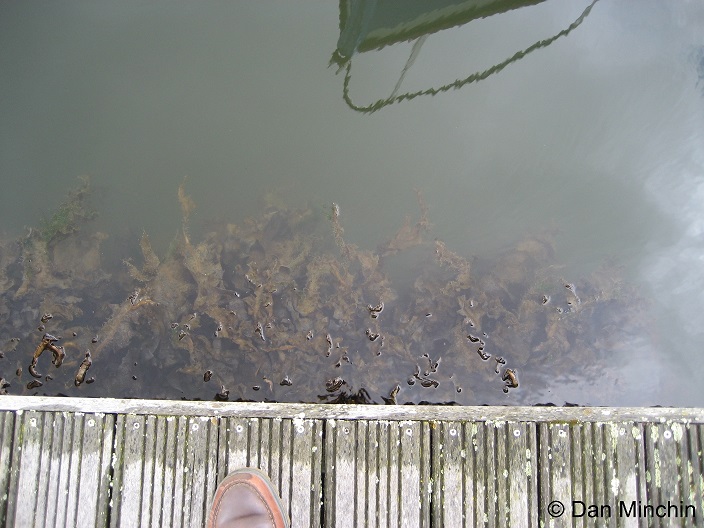 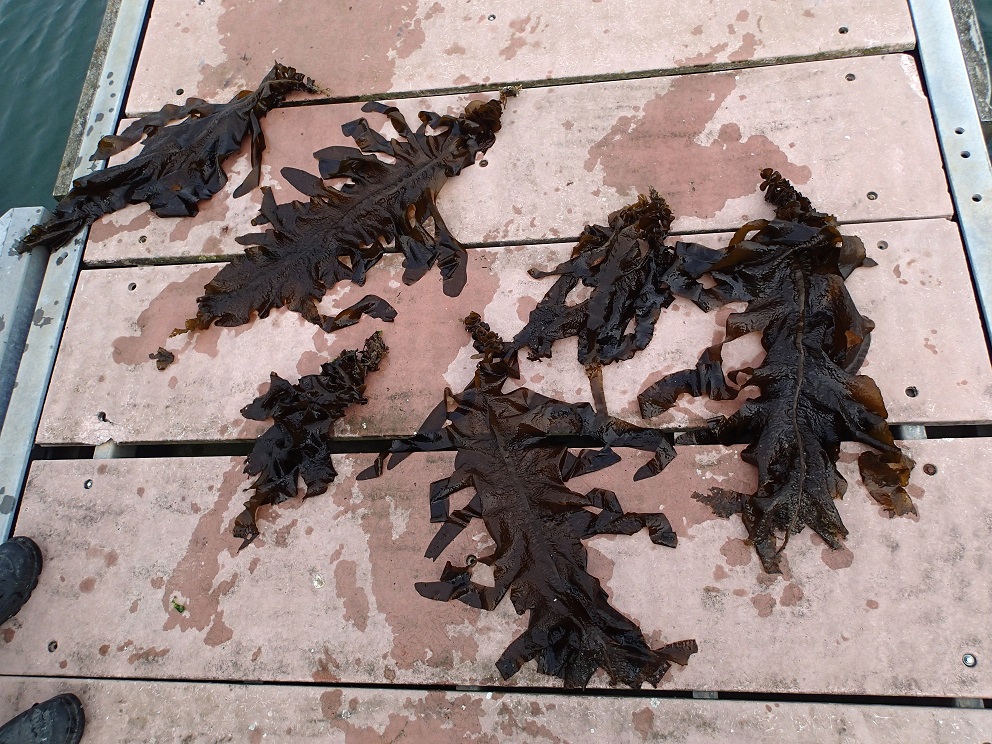 Where might I see it?  In Europe, it is found subtidally, often growing on man-made structures such as marina pontoons.

Invasive status: Before this species was recorded in Ireland it was risk assessed as having the potential to be a high impact invasive species by Invasive Species Ireland.

Introduction status: The species is established in Northern Ireland site while tens of plants were removed from the Republic of Ireland site it is unclear as yet how many plants remain or if it is an established site.

Actions taken to date: State Agencies and Local Authorities have been notified. Recorder removed tens of plants from the Republic of Ireland site when observed but more may remain.

Pathway of introduction/vector of spread: it is unclear what pathway or vector of spread resulted in the presence of Japanese kelp at these sites.  ‘The preponderance of U. pinnatifida at marina sites strongly implicates recreational craft in its spread’ (NBN Gateway 2013 in Minchin and Nunn, 2014).